Irish Signs for Your Home, Irish Pub and Office 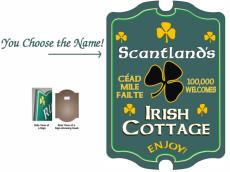 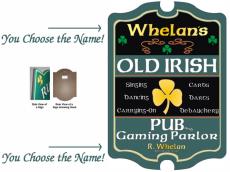 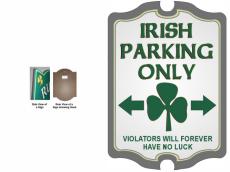 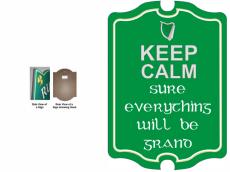 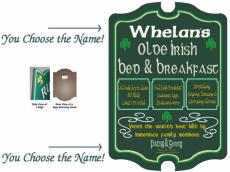 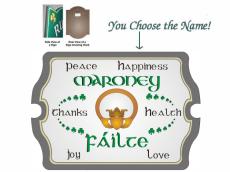 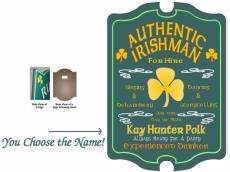 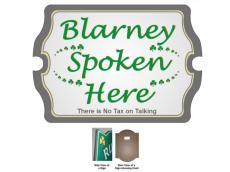 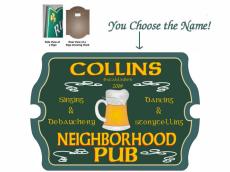 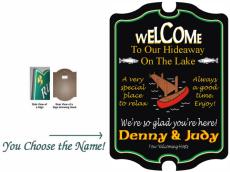 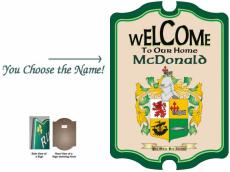 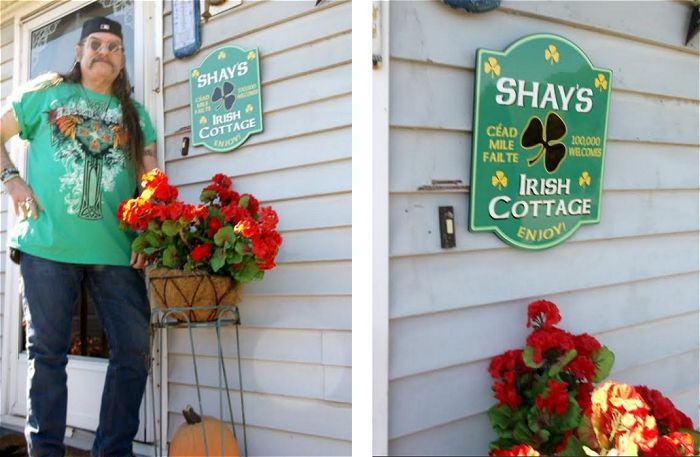 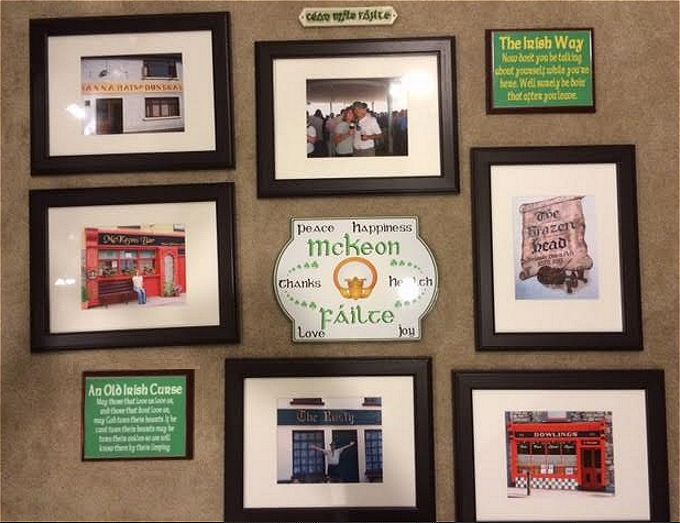 Testimonial from Kim Parker of USA

"out of this world!"


All are individually hand-crafted and some can be personalized with YOUR NAME. These Irish signs look wonderful in your home or office and are perfect as anniversary, wedding, birthday or house-warming gifts.

Some of our Irish signs contain classic Celtic and Irish symbols like the Claddagh ring and the Shamrock and have beautiful traditional Irish lettering and language.

Some of Our Wood Signs are based upon late 19th century designs when use of text oriented trade and pub signs were at their height. While the signs are brand new, they conform in shape and lettering style to that of old time Irish Road signs.

All of our signs are ready for hanging, either through a bored recess or a clip on rear. Made from MDF the signs are coated on the printed side to provide for vibrant color and are very hard-wearing. If the signs are to be used outdoors then the unprinted side should be coated with varnish or acrylic (available from any hardware store) to prolong the life of the sign. Some of our signs are printed on thin aluminium and then mounted onto a wood background for extra durability.

The History of Irish Pub Signs

The tradition of hanging signs inside and outside pubs is well established in Ireland but dates back to the fourteenth century when the English King Richard II decreed that landlords were compelled to place signs outside their commercial establishments, pubs, hotels, etc. Irish public houses did not comply as readily as their English counterparts and often the name of the owner alone adorned the tavern front. Irish pubs also acted as 'spirit grocery' shops and some even acted as insurance agents and undertakers, a tradition which can still be found in some Irish towns in Ireland today. Signs began to develop and became more elaborate and decorative.

Many of the earliest signs would not have included any text as the majority of the population were illiterate. Symbols and pictures were thus used to illustrate the function of the business displaying the sign. In latter years the name of the landlord was added. It was not uncommon (and is not uncommon in Ireland in modern times) for public houses to display the family coat of arms either on their pub-sign, or on the window of the establishment. Great battles and historical events also proved popular subjects for both pub signs as well as for naming the public house in question. Heroes of Irish literature such as Yeats, Kavanagh, Shaw, Joyce and Beckett also provide a great source of pub naming and signage.

A fine example of this naming tradition is the 'Bleeding Horse' pub which is located on Camden Street in Dublin city centre and dates from 1649. One explanation of the name is that horses used to be 'bled' after arriving at this stopping point as a means of reducing their blood pressure and calming them after their journey. Another legend relates to the Battle of Rathmines when injured horses were put to death nearby after the battle. A further explanation of the name tells how a bleeding horse wandered into the tavern after the Battle.

The tradition of Irish pub signs was brought to the new world during the mass emigrations of the nineteenth and early twentieth centuries. The subjugation of the Irish people in certain eras is also evidenced by the use of (by now infamous) derogatory signs such as 'Help Wanted - No Irish Need Apply!'. Many of the modern Irish signs outside of Ireland reflect the tradition of the emigrants and can display a certain amount of wit or sentimentality. Shamrocks and Harps, the great symbols of Ireland, are often found on such signs.